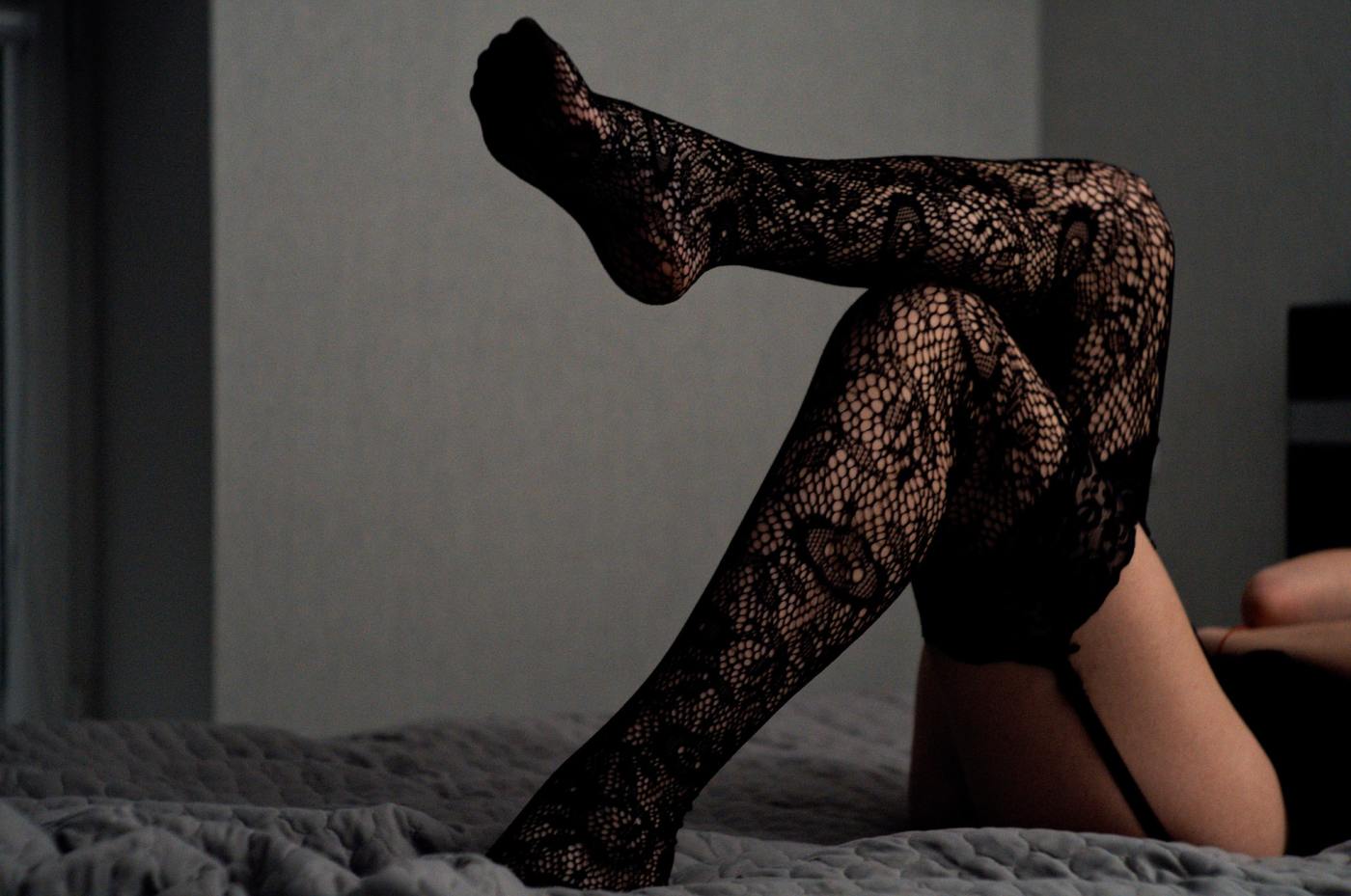 The term ‘sex work’ has come to replace the word ‘prostitution’ in contemporary discussions on the subject. This is not accidental. The phrase ‘sex work’ has been adopted by liberal feminists and powerful lobbyists in a deliberate attempt to steer the narrative on prostitution.

Superficially, the term ‘sex work’ is intended to make prostitution sound more palatable. It is used to remove the negative connotations of the sex industry and those who work within it. However, sanitising the horror of prostitution with such benign terms is a monumental disservice to the tens of millions of prostituted women around the world. Their experiences cannot be celebrated as ‘work’. The vast majority of their experiences are dirty and degrading. What a handful of relatively privileged Western women working in the sex trade may deem to be ‘work’ is perceived as humiliation and degradation by millions of others. Some argue that the term ‘sex work’ removes the stigma and vitriol directed at prostituted women, but this fails to address the problem. Prostituted women are hurt and violated by buyers because the sex trade enables abusive men — not because of the language used to discuss it. Suggesting that the word ‘prostitution’ is to blame for the suffering of prostituted women shifts blame away from the perpetrators of male violence and overlooks the institutional systems which allow it to flourish. It is absolutely vital that we do talk about the ugly reality of prostitution, and to do so we must begin by naming the issue in no uncertain terms: prostitution.

Reinventing prostitution as ‘sex work’ also masks the deeply misogynistic nature of the sex trade. The word ‘prostitute’ is one which is heavily gendered; it connotes women. The Oxford English Dictionary acknowledges this in their definition of the word: A person, in particular a woman, who engages in sexual activity for payment. So gendered is the word, in fact, that when referring to men in the sex industry, the descriptor ‘male’ is added in order to make the distinction (male prostitute). This is not an outdated, sexist misconception but an accurate reflection of the gender balance within sex trade. The vast majority of those who are prostituted are women and girls while the vast majority of buyers and pimps are men. Obfuscating the gendered nature of prostitution by rebranding it as ‘sex work’ erases the millennia of misogynistic oppression inherent in the sex trade. It is likely that commercial prostitution (separate and distinct from temple prostitution) is derived from ancient slavery. The physicality of male slaves meant that they were often utilised for manual labour whilst female slaves were more likely to be reserved for domestic or entertainment purposes. In many Ancient societies, women could not own property and therefore slave masters were predominantly male. As a result, female slaves were often used for the sexual entertainment of their male owner. Slave owners frequently rented out their female slaves as prostitutes and even set up commercial brothels. Prostitution, born out of sexual slavery, has always disproportionately affected women belonging to lower socioeconomic classes. It is crucial to acknowledge the origin and history of prostitution in order to understand that it is not ‘work like any other’ but an industry built upon the oppression of poor women.

‘Sex work’ is a vague term which refers to people selling their own sexual labour or performance. This can therefore include any number of professions such as webcamming, stripping, hostessing, escorting etc. Whilst any profession which exists solely to sexualise women is objectively antifeminist, it is important that we acknowledge that prostitution is distinct from these other milder forms of objectification. Clearly, the experiences of a student flirting with strangers via webcam to top up their student loan differs greatly from those of a vulnerable sixteen year old girl, trafficked from Romania, walking the streets. The job description of a prostitute lists acts and risks which are not common to other jobs: risk of STIs; unwanted pregnancy; unprotected handling of bodily fluids; degrading, painful and even tortuous sex; vaginal and anal tears; high risk of PTSD — not to mention the significantly increased risk of rape, assault and murder. Even within the sex industry, the experiences of prostituted women are uniquely harrowing and so it is essential that we prioritise these women in legislation on prostitution reform. By grouping all sex-related professions under the wide umbrella of ‘sex work’, those in less dangerous and degrading jobs have now been given the authority to speak on behalf of prostituted women, thus silencing the most oppressed voices within the sex industry. Individuals whose experiences have little in common with those of prostitutes are spearheading movements whose aims will have a direct and adverse effect upon the safety and wellbeing of these vulnerable women. The wide scope of the term ‘sex work’ allows wealthy lobbyists to use compliant liberal women as the mouthpiece for their damaging narrative whilst simultaneously pushing the experiences of those who are worst affected by the sex trade into the background.

In some cases, the term ‘sex workers’ is so broad that it includes pimps. Borrowing the language of the labour movement, pro-decriminalisation lobbies brand themselves as ‘collectives’ or ‘unions’ and demand decriminalisation under the pretence of ‘worker’s rights’. Douglas Fox, of the International Union of Sex Workers, describes himself as a sex worker yet is the co-owner of the one of the largest escort agencies in the country. The agency’s website argues that pimps are ‘sex workers’ and Fox also shockingly states that ‘the fact that paedophiles produce and distribute and earn money from selling sex may make them sex workers’. Similarly, the Sex Workers’ Outreach Project USA was founded by Robyn Few, a self-proclaimed sex worker who has a conviction for conspiracy to promote interstate prostitution (pimping). Unionising prostitution legitimises an industry which causes untold suffering to millions of women around the world. It is absurd to allow pimps to join these unions alongside those who they abuse and exploit. No amount of ‘worker’s rights’ will ever make prostitution a safe or humane profession. An inherently unethical system cannot be fixed through reform. A radical solution is needed: abolition.

An Appeal to Socialists

Describing prostitution as ‘work’ and its victims as ‘workers’ is a cheap and transparent appeal to socialists. Using Marxist jargon to describe prostitution as ‘work like any other’ is an insult to history’s great communists who condemned prostitution as counter-revolutionary. Under Mao, whose policy of criminalising pimps was implemented as soon as he took power, prostitution was virtually nonexistent. Engels himself asserted that communism would ‘transform the relations between sexes into entirely personal relations’. Therefore, any economic relationship between man and woman, particularly the grossly exploitative one between prostituted women and buyers, is inherently anti-communist. Lenin, too, commented that ‘so long as wage-slavery exists, inevitably prostitution too will exist’, demonstrating that he also believed prostitution to be inextricably bound to capitalist exploitation.

However, a significant portion of the woke left insist upon misinterpreting and misapplying Marxist theory to legitimise the continuance of the sex trade. They claim that by declaring prostitution to be ‘a specific expression of the general prostitution of the labourer’, Marx understood the position of prostituted women to be identical to that of all exploited workers. However, this wilfully overlooks Marx’s use of the word ‘specific’. In reality, Marx is suggesting that, whilst prostitution falls under the general banner of exploitation, its reliance on the oppression of women differentiates it from the ‘general prostitution of the labourer’ and makes it ‘specific’ to the female condition. If capitalist exploitation were removed, labour would continue to be necessary for the subsistence of any given society. In contrast, prostitution without capitalist exploitation ceases to exist; sex, devoid of economic coercion, would become a purely interpersonal relationship. In Private Property and Communism, Marx goes on to say that communism aims ‘to do away with the status of women as mere instruments of production’. Pro-prostitution arguments which characterise prostitution as ‘work’ inherently reinforce the perception of female bodies as machines which produce a commodity (sex) for male consumption. The objectification of female bodies, whether exploitative or not, is plainly incorrect and so cannot be supported by any Marxist movement.

There’s More to it Than Money

Framing prostitution as ‘work’ deliberately reduces it to a purely economic analysis. Any analysis devoid of historical materialism is wholly inadequate and will invariably fail to offer a comprehensive examination of the issue. It is vital to acknowledge the social factors which lead women into prostitution: low self esteem, childhood sexual trauma, incest etc. It is unsurprising that some of these vulnerable women embrace the ‘sex work is empowering’ narrative. Language which clouds the abject reality of their situation is undoubtedly appealing and so it is all the more immoral and manipulative for pimps, traffickers and lobbyists to push this sinister doublespeak. The insistent claim from liberal feminists that prostitution is merely ‘sex work’ does not recognise the existence of the social factors which predispose women to sell sex and so naturally prevents positive change to combat them. Prostitution, therefore, is much more than capitalist wage slavery and so we must reject any attempts to render it mere ‘work’.

Ashleigh Barnes is a political activist and an active trade unionist.

More posts by this author.