This year its theme is #BalanceforBetter. The anonymous organisers of IWD events assert that ‘balance’ is not a women’s issue, it’s a business issue and thus their ‘flagship events are backed by significant corporate and/or government sponsorship’.

Sponsors include: Amazon, Rio Tinto, McDonald’s, Vodafone and a host of other robber barons.

Not only is this a travesty, but it is also a shameful incorporated reversal of our socialist feminist past and present.

In order to combat ‘fake’ history and capitalist ideology, we must remind women and men in the labour movement and elsewhere of the inspirational socialist feminist origins of IWD so that it can inspire the rebirth of a socialist feminist women’s movement rooted in an understanding of the class basis of women’s inequality.

Corporate capitalism’s pseudo-feminism must be exposed for what it is.

IWD was founded by socialist women, in particular Clara Zetkin, a Communist, at the beginning of the last century to both highlight and celebrate the struggle of working women against oppression and double exploitation: both of which prevail unabated in the 21st century.

Acknowledging this is now more urgent than ever. In Britain we witness the persistence of the gender pay gap, the increasing feminisation of poverty, the closing of women’s safe spaces and an insidious attack on the very notion of women’s rights in favour of the ideology of identity politics — a prime example of false consciousness.

This is why the Communist Party of Britain has renewed its policy to take account of the practical repercussions of the current ideological undermining of the rights of women.

At its recent Congress, the Communist Party reaffirmed its commitment to the emancipation of women.

Alone in British labour movement, the Communist Party has policy on women which understands that the basis of women’s oppression is class exploitation.

This is founded on a Marxist understanding which explains that women are super-exploited as workers because they are oppressed as women — doubly so if they are black.

Women’s biological sex, reinforced by gender stereotyping, means that women face a double burden because of the contradiction between their dual roles: as workers in social production and in their position in the private realm of domestic reproduction.

The conflicting responsibilities imposed by the double burden of work life and family life accounts for the super-exploitation of women.

Communists oppose all forms of discrimination, but recognise that discrimination is not the same as oppression. This is because oppression, unlike discrimination, is linked materially to the process of class exploitation by paying women much less than men, thus serving capitalism’s profit motive.

Oppression also operates at ‘superstructural’ level through oppressive ideologies which serve to maintain class rule by dividing the exploited.

The oppressive ideologies of sexism and racism are the most important means of maintaining the class relations which support class exploitation and as such oppression is a function of class society as well as being a product of it.

The fact that communists emphasise the significance of oppression,does not minimise the importance we attach to combatting discrimination.

However, while we understand the imperative necessity to challenge all forms of discrimination, we believe that this should not impinge upon or impede the struggle of women — half the population — to end oppression.

We therefore oppose a divisive form of identity politics which seeks to fracture and undermine the mobilisation of women and, at the same time, malignly contests socialist feminist theory and practice.

The present debate around self-identification conflates ‘sex’ and ‘gender’ and fails to understand that challenging the specific discrimination faced by trans people is not served by undermining resistance to the centuries-old oppression of women as a biological sex.

For women, the result is that their collective rights as a group are currently being undermined through the weaponisation of a post-modern identity politics, focused solely on the rights of individuals.

Communists recognise that women’s rights and protections, fought for and won through struggles over the last two centuries, are now facing sustained and serious ideological attack.

This has been the result of the growth and ascendancy of neoliberalism and its accompanying ideological attack on collective identity and unified class struggle.

We are therefore committed to defending existing rights as well as campaigning to greatly extend them.

This entails, at a very minimum, retaining reserved and separate spaces and distinct services to protect women from violence and abuse as well as defending and promoting the sex-based rights and protections of women and girls.

We are committed to ensure that our members clearly understand the distinction between sex and gender, and the relationship between oppression and exploitation in Britain and around the world.

Marx and Engels wrote in The German Ideology that the ruling ideas in any society are those of the ruling class.

Self-identity, as an ideological construct, has become just this: a ruling ideology and thus its theory and practice have permeated deeply into civil society including the labour movement.

This ideology now poses in practice as an egalitarian policy. Astonishingly, it is championed by a Tory government whose austerity politics have done absolutely nothing to progress the equality agenda of women and black people.

We regret that many sections of the labour movement appear not to recognise the fallacy of Tory pseudo-egalitarianism.

The ideology of self-identity serves not only to impede the struggle for women’s rights, but also undermines a class understanding of the nature of capitalism and the necessity for unity in struggle.

As communists we will ensure that this analysis is respectfully discussed in the labour movement, in the hope that unhelpful policies might be reversed.

Communists recognise that the oppression of women, and of people of colour, is fundamental to class society and the struggle to overcome this is not only central to the class struggle, but crucial for its success.

The road to socialism will be unattainable without an understanding of the link between women’s oppression and class exploitation.

This article originally appeared in the Morning Star. 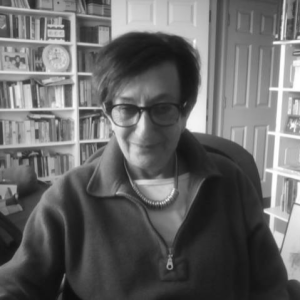 Professor Mary Davis is a Labour Historian. She has, from a Marxist perspective, written, broadcast and lectured widely on women’s history, labour history, imperialism and racism. She was awarded the TUC Women’s Gold Badge in 2010 for services to trade unionism. She currently serves on the Morning Star Management Committee, the Sylvia Pankhurst Memorial Committee and is Secretary of Marx Memorial Library.

More posts by this author