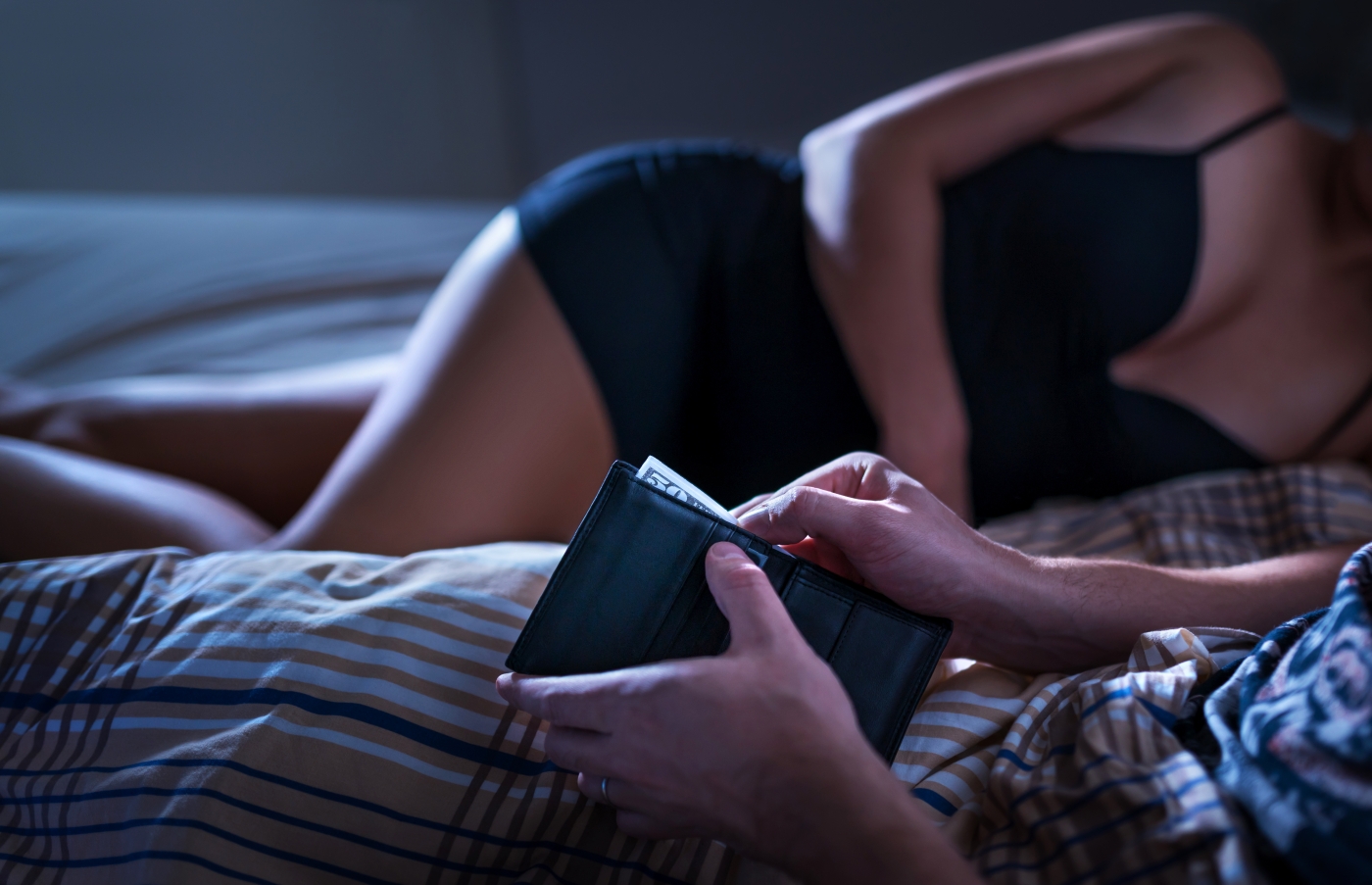 Part I: Can sex be considered a commodity?

‘A commodity appears, at first sight, a very trivial thing, and easily understood. Its analysis shows that it is, in reality, a very queer thing, abounding in metaphysical subtleties and theological niceties.’

In an attempt to move beyond the moralism that frequently surrounds the contemporary debate on prostitution and the sex industry, it is useful to consider some fundamental Marxist concepts in relation to the ‘sex work is work’ narrative. In particular, we must examine Marx’s discussion of commodities and labour power, which have been wilfully misinterpreted and oversimplified in order to support a pro-prostitution narrative.

‘Commodities are two-fold…both objects of utility and, at the same time, depositories of value. They manifest themselves therefore as commodities only in so far as they have two forms, a physical or natural form, and a value form.’

A commodity is something which is bought, sold or exchanged in a market. Marx argued that commodities have a dual nature; they have use values and exchange values. Use value refers to the actual usefulness of goods or services; the way in which they satisfy a human need or desire. However, a thing can be useful without being a commodity. In order to be considered a commodity, it must have an exchange value. Exchange value is the ‘price’ a commodity is given (its value in relation to other commodities, commonly expressed in monetary value) within a given market. Supposedly, sex is the commodity which is produced by ‘sex workers’. Whilst sex certainly has a use value (it satisfies the human need to reproduce and the human desire for sexual pleasure), a coherent analysis of its exchange value remains illusive.

‘Use values cannot confront each other as commodities unless the useful labour embodied in them is qualitatively different in each of them.’

Sex within consensual personal relationships in the domestic sphere has no exchange value (it is not bought, sold or otherwise exchanged for goods of equal value), and thus cannot be considered a commodity. Sex traded in the public sphere, however, does have an exchange value. On the surface, this makes ‘sex’ a commodity.

However, it is economically nonsensical for a consumer to buy a commodity in the market if a qualitatively identical ‘product’ is freely available to him in the domestic sphere. Yet sex buyers do exactly this. Therefore, in order to justify its exchange value, commercial sex must be, in some way, qualitatively different from consensual, domestic sphere sex. Marxist feminist analysis of ‘sex work’ must be concerned with ascertaining precisely what this qualitative difference is.

Marx tells us that the exchange value of a commodity represents the labour power embodied within it — that is, the ‘socially necessary labour time’ to produce said commodity. Unfortunately, this understanding does little to illuminative the qualitative difference between consensual domestic sphere and paid-for, public sphere sex. The sex acts involved in both consensual domestic sphere sex and paid-for public sphere sex can be considered to be broadly similar (penetrative sex, oral sex etc). So, if the sexual acts are the same, what is the difference which compels men to pay for sex which they could feasibly access through personal, private relationships?

We may consider that the commodity sought by sex buyers is not the physical exertion and time involved in carrying out sex acts, but rather the skills and experience of a ‘professional’. In the same way, a person may be perfectly capable of cooking a meal at home but will pay for the skills and experience of a professional chef in a restaurant. This would align with Marx’s labour theory of value: the ‘socially necessary labour time’ of a skilled professional reflects the time, training, studying, education and practice required to reach their level of proficiency. Commodities produced by such workers carry a correspondingly higher exchange value. Yet this is not true in the sex industry. Instead, youth, inexperience and innocence are actively revered. The average age of girls entering prostitution is just thirteen years old, and virginity (the epitome of sexual inexperience or lack of sexual skill) carries a significant premium. Therefore, we can discount any argument which suggests that the exchange value of sex is derived from skill, experience or professionalism.

‘[Prostitution] degrades the character of the whole male world.’

Engels, The Origin of the Family

So what is the commodity that buyers pay for? Fortunately (within the context of this analysis), there exist punter review websites which reveal exactly what sex buyers perceive themselves to be paying for. These reviews reveal a common list of complaints (a selection of which are listed below), roughly organised into three categories: 1. physical unattractiveness of the seller 2. seller’s refusal to perform a range of sex acts beyond what is advertised/agreed upon 3. seller’s lack of enthusiasm or her exhibiting behaviours which shatter the illusion that she is freely consent to the sexual activity independent of financial coercion (taking payment, clock-watching etc).

‘She decides everything, says “no” for several things.’

‘I soldiered on but she had a very much ‘couldn’t care less attitude’ about her.’

‘Although this was enjoyable I couldn’t help feel she was probably at the end of her game and wasn’t really into it…Too much heading south for my liking and she has a bit of a podgy tummy.’

‘She just wanted to get it over with, wasn’t into it…no [girlfriend experience], no nothing, just suck and fuck.’

‘Bit of attitude. She grabbed the money and clarified the time, then took off her clothes without ceremony.’

‘Her tits was [sic] quite saggy and did not really turn me on.’

‘Although this was enjoyable I couldn’t help feel she was probably at the end of her game and wasn’t really into it.’

‘My experience was not so great, she seemed to be in it for the moolah.’

‘She made all the right noises, but I really got the impression that she was going through the motions.’

Although ‘sex work is work’ advocates try desperately to liken sex buying to the purchase of any other goods or services, it seems that prosititution is the only industry where buyers are affronted when the financial exchange is apparent. In the world of work, processes such as agreeing terms of service, timeframes, price, etc are commonplace and transparent, yet in the sex trade these processes must be disguised.

The frequent complaints of buyers (as listed above) demonstrate that what they intend to purchase is in fact the feigned enthusiastic consent of attractive women to a buyer-controlled range of sex acts. One wonders whether the ‘sex work is work’ narrative would have found such a cosy home amongst leftists if the true nature of this ‘commodity’ had been made clear to them.

This article is part of a series. Part II can be found here.

8 thoughts on “Sex Work Is Not Work: A Marxist Feminist Analysis of Prostitution – PART I”