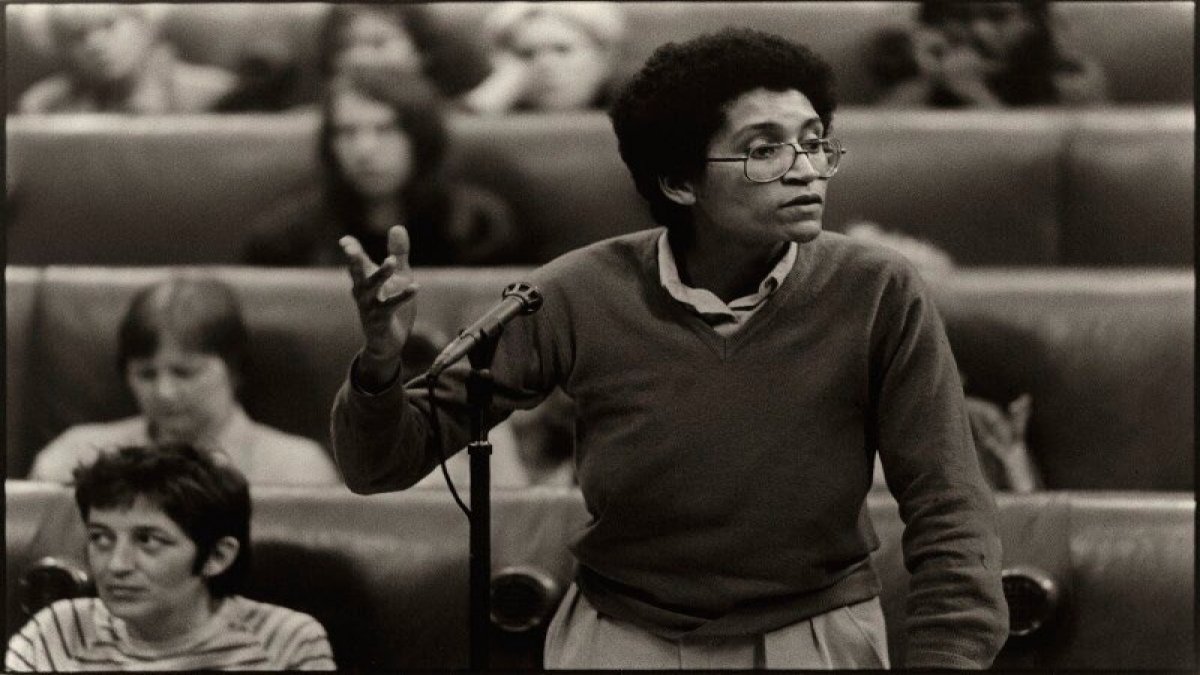 This is not to say that human beings were not oppressed prior to the modern period of capitalism. For example, women were burned as witches, serfs were exploited by lords. Others were marginalised as they remain today, such as disabled people etc.

However, capitalism created a new racialised system of power over categories of humans, in Europe, Asia, and especially Africa. What is consistent within this racialised power system is that men (even racially oppressed men) are deemed to be ‘superior’ to racially oppressed women. Black men are still considered superior to black women by virtue of not belonging to the ‘inferior’ female sex. They can share the advantageous material quality of maleness with their white peers whilst black women cannot.

If we were to eradicate racism we would dislodge senseless racial categories altogether. However, unlike race, sex is a biological, immutable reality. Sex is socially constructed as gender (what we recognise as gender roles or gender stereotypes). We will never get rid of sex; but we could, and should, abolish gender — the social system of norms that enshrines men’s social superiority and women’s social inferiority.

Races were invented to justify treating some people as though they are/were not human — or at least not fully human. It was used to justify the murder, enslavement, and exploitation of African peoples and our lands. In a similar way, gender is a man-made notion which justified barring woman from voting, from access to equal pay, from control of our bodies, rape and murder. The list of abuses and inequality are justified by gender stereotypes.

In recent years, the allocation of power based upon race has been questioned and challenged (though not by many of our political elites).  Whilst the Black Lives Matter movement is gaining ground, feminists are having to reassert that women’s lives matter. In addition to the sexual abuse and murder of women and girls — happening to women all over the world because they are female — we find a new challenge in the growing group of men who now assert that they too are women.

As feminists, we have to analyse the power relations between men and women. These relations are historic and ever changing, but a new attempt to wield power over women is being asserted by men who now ‘identify’ as women. There have always been men who ‘cross-dress’ (who wear so-called ‘women’s clothing’ or behave effeminately) who have been accommodated in various cultures with new social categories or ‘third gender’ categories. None of that is controversial. Men and women should be free to wear whatever they like — with the exception perhaps of it harassing another person (as men in crotchless pants might!). What is new about modern ‘gender identity’ is the misogynist politics that saturates its overall edifice.

By catering to the ridiculous biology-and-history-denying idea that men can become women if they say so, liberal feminism has inadvertently raised the consciousness of women and pushed them towards a more radical approach. It may be that the resurgence of a new radically feminist current is a coincidence, but it is more likely to be a response to this new form of misogyny. The ‘outing’ of abusive men like Harvey Weinstein, the MeToo movement, and the increasing backlash against porn, is perhaps sheer coincidence, but my suspicion is that it is a response to the inconsistencies, hypocrisy and outright misogyny of this new wave of gender politics.

The hostility shown towards feminists by gender identity advocates has had the effect of galvanising many women to explore feminism. I, as a Black lesbian, oppose trans politics because it belittles the actual and lived experience of oppression that every woman endures. If it is wrong for a white woman to present herself as a black woman, why is it accepted for a man to present himself as a woman? Transgenderism is in fact more absurd than transracialism because sex is immutable, whereas race, hopefully, will one day collapse entirely.

Much of the problem here is that people conflate sex and gender and believe sex categories of men and women are identical to socially constructed gender roles. We must return to an understanding of gender as a system of socially constructed ideas of femininity and masculinity. Gender exists as sex stereotypes and expectations of the different sexes. We should seek to end sexism by abolishing gender altogether.

It is unwise to measure one form of oppression against another, as this ignores how oppression is organised functionally. Yet within gender identity politics, there are frequent claims that transwomen (rarely transmen) are more oppressed than anyone else. Oppression (whether we are speaking of sexism, racism, or social class) is not a game. I am now nearly 70 years old; my being black, Jewish, and a lesbian, are not an abstract identity or fashionable trend. My experiences are not a woke competition or identity points game. They inform my analysis. My actual lived experiences (shared with others belonging to these collective categories) developed my understanding of anti-Semitism, anti-black racism, and lesbophobia. My experiences (not my feelings) helped me to recognise those social  phenomena as forms of prejudice and discrimination — to be eradicated rather than ‘identified’ with.

Men wishing to challenge masculinity do not achieve their goal by reinforcing the very thing that oppresses us: gender stereotypes. A man who believes he is a woman by wearing a dress does not ‘queer’ or ‘subvert’ gender. Instead, he enshrines gender because he adopts a sex stereotype — validating the false notion that certain behaviours are indicative of sex. Despite the claims of Queer Theorists like Judith Butler, there is little subversive about it. A man enjoying the taboo of ‘women’s clothes’ mocks and reinforces our oppression as women, but for women femininity is the corset we must endure. When people take on the identities of oppressed groups, their experience is superficial and fun, as Ekman wrote:

‘The oppressed is keenly aware of the humanity of the privileged. For the privileged, on the other hand, the oppressed is an enigma living in a magical, half-human world. The fantasy of the privileged is having the ability to wallow in this world. He wallows around and shouts: I am just like you! I am the slut, the junkie and the factory worker! He buys the same clothes at the same shop but wears them wrong, he picks up a few slang words but says them at the wrong times, he thinks that everything is a festive orgy. It is so embarrassing to watch that you have to look away’.

Many men may abhor the notion and practices of masculinity (and it is right they should) but the answer is to deconstruct gender, not reinforce it. I am as disgusted with dainty ‘girly’ dolls and flowing dresses. However, the equivalent stereotypical imagery for men conditions them be models of dominance. Those of us who are socialists note the capitalist motivation of this marketing of ‘gender’. No longer are toys just toys, but gender provides an opportunity for a boys version and girls version of the same toy (often simply one in pink and one in blue), meaning double the profits for companies if children of different sexes won’t share a ‘neutral’ item. It is not merely a means of selling goods and services, but it reinforces the power of the most wealthy. Gender translates as economic, material and ideological power over women, and reinforces the largely white male 1%’s power over all women and the vast majority of men.

Men conforming to masculinity enforces the sexual oppression of  women. Dominance and control, as well as other things we associate with masculinity, combine to place men above women in our society.

The ideology of transgenderism and gender identity allows the expansion of the male domain and corresponding colonisation of female spaces. It caters to individualism and men’s sense of entitlement — to defy materialism and biology with a simple declaration of womanhood. Men’s sexual power is the currency that transgenderism trades on. If women were to make similarly outlandish declarations about their ‘identities’, it would not be so readily believed. We believe what men say when it comes to sex because they are men. We don’t believe what women say when it comes to sex because they are women. Gender identity is the new battleground of sexual politics.

Resistance to queer theory and gender identity politics has brought many women into feminism. I am sure that humans are capable of remaking the world without oppression as an organisation and functional force. As we struggle to rebuild a women’s liberation movement, two things need to happen:

Firstly, women need to build a movement made up of women of all social classes, of all ethnicities, lesbian and heterosexual, young and old, women with disabilities and women without, women with children and women without children. Most of these differences are given social and political significance — reinforced throughout history, and upheld both ideologically and materially — to divide us and prevent collective organising. We must resist the identity-based categorisation of people.

Secondly, men must critically examine ‘masculinity’, in the same way that anti-racism campaigns examine social constructions of race. Those committed to anti-sexism can draw influence from actions of the 1970’s and 80’s, such as the creation of Men Against Sexism groups and their accompanying newsletter Achilles Heel. Given the advent of the internet, these would likely take new forms and be advertised/organised online. These sorts of groups and publications are a practical way in which men can contribute to fighting the sexual oppression of women.

When feminists object to the propaganda of gender identity, we are not making statements of hatred. Our views are based upon historical, material fact. Gender identity politics refuses to acknowledge this. Instead, it redacts history and doctors reality. It ignores the material experiences of women in favour of the emotional experiences of men. It advances a divisive political agenda: to erase women as a sexual class by replacing sex with gender.

As a Marxist and lesbian feminist I cannot approach the liberation of women without a practical means of challenging oppression and discrimination.  This understanding must inform our approaches and raise our consciousness within the movement and inform its practice as a whole.

2 thoughts on “Linda Bellos on Oppression” 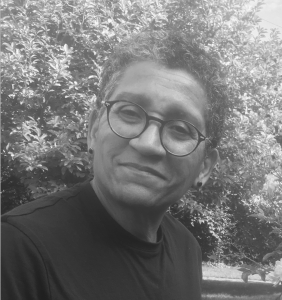 Linda Bellos is a lesbian feminist, Marxist, and founder of the UK’s Black History Month.

During a period of intense racism Linda was the first black woman council leader and one of the few politicians to appear on national television to defend the Brixton riots as a response to police brutality.

For her fight against racism, sexism, and homophobia Linda was pilloried through out the 1980s by the British press, but today remains a celebrated and respected activist.